Skip to content
Would you like to book an appointment at our Law Firm? You can do it online. Let´s go!
Book now! 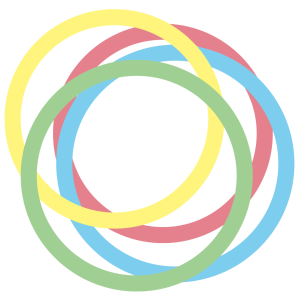 Competition is really common in the market economy. All the parties shall act applying transparency and fair competitive conditions; in this way, the right and necessary competition requirements can be set and developed. The Unfair Competition Act (UWG) aims to ensure these objectives.

Advertising represents something positive for the company and thus involves a reduction in the number of other market participants. This is – intentionally – in line with competition. However, the reduction must not predominate. Over the decades, a detailed, strongly case-by-case oriented jurisprudence has been developed. For example, the exercise of direct or indirect coercion on customers may be considered anti-competitive; the customer acquires the products not on the basis of a free decision but because of the “pressure” exerted on him.

The phenomena of the German Vorsprung durch Rechtsbruch – transl. “advantage on the breach of law”, i.e. the violation of other standards, can lead to an anticompetitive behavior. Although an infringement of neutral regulations could not be considered sufficient, the so-called advantage by breach of law is one of the more frequent infringement on competition.

“Only the results matter.”

Reconstructing an existing claim is easy; to develop a new claim can involve customers and performance oriented contents, which could easily disappear but can nonetheless leave important associative traces.

The results of this investigative activity are not protected, unless by internal secrecy or slavish imitation. Minor changes can already lead out of the scope of protection of this latter. So, who is actually allowed to aknowledge the results of possible pitches or brainstormings? What are the possibilities of a customer-oriented protection?

We are a Law Firm specialized in Advertising and Unfair Competition Law. Contact Us
Our Law Firm

General Info, German Unfair Competition Act, German unfair competition law
Competition Regulations for everyone Everyone who is active in the business environment must observe, among other things, the provisions of the Unfair Competition Act (UWG). The UWG protects competitors, consumers and other market participants from unfair behaviour. Ultimately, the following applies:
By : horak Attorneys at law | Sep 27, 2021
1 2 3 4 »